Come fly with me

Imagination will often carry us to worlds that never were. But without it we go nowhere. 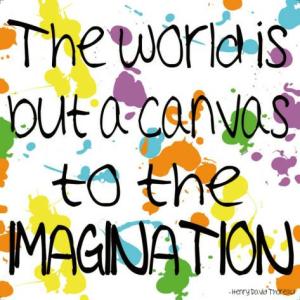 This week is the 100th anniversary of poet Dylan Thomas’ birth. This reminded me of how his poem “A Child’s Christmas in Wales” warmed my Christmas season for many years, Often after the family was in bed I would play a recording of Thomas reading the poem and my imagination would take me to the Welsh country side where I could eavesdrop on a family at Christmas. Since I was a kid in boarding school my imagination has kept me company when I was lonesome or bored.  I have listened to James Joyce’s Molly Bloom as she lay awake with a myriad of thoughts running through her mind. I mourned the loss of Manolete with the people of Spain when I listened to Lorca’s poem about his death. Carl Sandburg took me to the Chicago of my youth and I was grateful. I am so fortunate that my imagination has stayed with me all these years.

These days whenever I am in my car or working out I listen to an audio book that takes me to another place and another time. I always have my Kindle with me so as I wait the book I am reading takes me to somewhere special. I have benefited personally and professionally because of my imagination and for that I am grateful.

Here are excerpts from an article by Donald Louis Hamilton that I found interesting, I hope you will too.

Develop a Powerful Creative Imagination! It can be your key to success.

Being human – we all have been given the potential to develop a powerful ‘creative imagination’ to use for our benefit and possibly the benefit of all mankind. Everything mankind has achieved throughout its existence is a result of its “human imagination”.

Human imagination is the “Special 7th Sense” that gives people the power to become aware of much more then our animal senses allows. We all know about our other senses such as; sight, hearing, smell, taste, balance that our brain depends on for its contact with the outside world.

Here are some tips that can help you develop a strong creative imagination.

Be curious about everything – the world is full of amazing wonders for you to learn about. They will become your storehouse of memories and ideas that you can use when needed. Look deep into the problem you face and imagine different alternatives for solving the problem. Try new paths – don’t accept the status-quo, if you fail at one task try another approach. Take everything with a grain of salt, keep an open mind.

Try to associate with other creative people, people who discuss ideas rather then people who just talk about other people.

Start thinking about writing a story, think of a plot, think up characters for the story, take notes and expand the story over a period of time. Refine and change the story if you want to. Take your time, new ideas will pop out of your subconscious as you think about it. It is your creation you can do anything you want with it, use you imagination. Whether you are writing music or leading an army into battle keep your mind open for opportunities – new angles – different strategies – if one thing doesn’t work try another.

Develop your interests and natural talents – follow these talents – be curious, learn as much as you can about subjects you are interested in and then improvise, develop, expand them. Follow different off beat paths. If they don’t work try another tack.

Build upon the ideas of other people – improve and refine their ideas. This is a fundamental reason for human progress. It created the “MIND” of mankind (the ability of people to continually spread ideas among other people across time and place). This is the secret of Mankind’s ability to progress. Isaac Newton once said – “If I have been able to see further then others – it is because I stood on the shoulders of giants”.

Human progress is a step by step process made possible by the “MIND of Mankind”.

I saw the angel in the marble and carved until I set him free.

Three mischievous boys went to the zoo one day for an outing, since they had been at school all week.  They decided to visit the elephant cage, but soon enough, they were picked up by a cop for causing a commotion. The officer hauled them off to security for questioning.  The supervisor in charge asked them to give their names and tell what they were doing at the elephant cage.

The first boy innocently said, “My name is Gary, and I was just throwing peanuts into the elephant cage.”

The second added, “My name is Larry, and all I was doing was throwing peanuts into the elephant cage.”

The third boy was a little shaken up and said, “Well, my name is Peter, but my friends call me Peanuts.”

“Hard work never killed anybody, but why take a chance?”

A group of bats is hanging around, upside down, as usual, mostly sleeping. Suddenly one notices that Charlie is on the floor, standing upright and looking around. “Hey, Charlie,” he calls out. “What are you doing down there?”

Charlie looks up and says, “Yoga!”

“The secret of a happy marriage remains a secret.”

Q: HOW MANY ZEN BUDDHISTS DOES IT TAKE TO CHANGE A LIGHTBULB?

The most serious threat to democracy is the notion that it has already been achieved.

From a Jewish Friend:

Without Jewish mothers, who would need therapy?

Fleischmann: “How are you feeling today?” Perlmutter: “Oy vey! I tell you … I’ve got so many aches and pains, if I get a new one today, it will have to wait two weeks before I can even worry about it!”

If it tastes good, it’s probably not kosher.

How do you feel about women’s rights? I like either side of them.

A woman was at home with her children when the telephone rang.  In going to answer it, she tripped on a rug, grabbed for something to hold on to and seized the telephone table. It fell over with a crash, jarring the receiver off the hook.

As it fell, it hit the family dog, which leaped up, howling and barking. The woman’s three-year-old son, startled by this noise, broke into loud screams. The woman mumbled some colourful words. She finally managed to pick up the receiver and lift it to her ear, just in time to hear her husband’s voice on the other end say, “Nobody’s said hello yet, but I’m positive I have the right number.”

There are no rules of architecture for a castle in the clouds.

This daily is sent only to special people who want to start their day on an upbeat. If you have system overload because of our daily clutter, let me know and I will send you the information via mental telepathy. If you have not been getting our daily you can request to be added by e-mailing me at raykiwsp@gmail.com. Back issues are posted at https://raykiwsp.wordpress.com/ currently there are more than 2000 readers from around the world.