The best way to keep your friends is not to give them away. 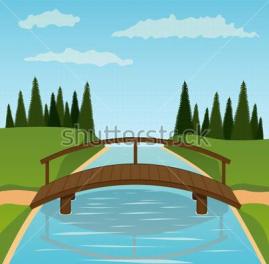 As we get older many of us look back on our lives and review the past. If you are like I am you will remember many good things, some not so good things and happenings that you now regret. My regrets are mainly of the opportunities I missed by not stopping to spend time with people I know I would have liked, even worse were when I let minor animosity excuse me from rebuilding a relationship.

Here is the story about a fellow who I could have used a few times in the past, if he had been around my life would have been enriched by folks I now miss.

Once upon a time two brothers who lived on adjoining farms fell into conflict. It was the first serious rift in 40 years of farming side by side, sharing machinery, and trading labor and goods as needed without a hitch. Then the long collaboration fell apart. It began with a small misunderstanding and it grew into a major difference, and finally it exploded into an exchange of bitter words followed by weeks of silence.

One morning there was a knock on John’s door. He opened it to find a man with a carpenter’s toolbox. “I’m looking for a few days work,” he said. “Perhaps you would have a few small jobs here and there. Could I help you?”

“Yes,” said the older brother. “I do have a job for you. Look across the creek at that farm. That’s my neighbor, in fact, it’s my younger brother. Last week there was a meadow between us and he took his bulldozer to the river levee and now there is a creek between us. Well, he may have done this to spite me, but I’ll go him one better. See that pile of lumber curing by the barn? I want you to build me a fence – an 8-foot fence – so I won’t need to see his place anymore. Cool him down, anyhow.”

The carpenter said, “I think I understand the situation. Show me the nails and the post-hole digger and I’ll be able to do a job that pleases you.”

The older brother had to go to town for supplies, so he helped the carpenter get the materials ready and then he was off for the day. The carpenter worked hard all that day measuring, sawing, nailing. About sunset when the farmer returned, the carpenter had just finished his job. The farmer’s eyes opened wide, his jaw dropped.

There was no fence there at all. It was a bridge… a bridge stretching from one side of the creek to the other! A fine piece of work handrails and all – and the neighbor, his younger brother, was coming across, his hand outstretched.

“You are quite a fellow to build this bridge after all I’ve said and done.” The two brothers stood at each end of the bridge, and then they met in the middle, taking each other’s hand. They turned to see the carpenter hoist his toolbox on his shoulder. “No, wait! Stay a few days. I’ve a lot of other projects for you,” said the older brother.

“I’d love to stay on,” the carpenter said, “but, I have many more bridges to build.”

“Do I not destroy my enemies when I make them my friends?”

Did you know that:

Sleep is that fleeting moment just before the alarm goes off.

A cynic is someone who smells the flowers and looks for the casket.

The answer is what everybody is still looking for.

After the christening of his baby brother in church, little Johnny sobbed all the way home in the back seat of the car.  His father asked him three times what was wrong.  Finally, the boy replied, “That priest said he wanted us brought up in a Christian home, and I want to stay with you guys!”

Lord, if I can’t be skinny, let all my friends be fat.

You admit having broken into the dress shop four times?” asked the judge.

“And what did you steal?”

“A dress, Your Honor,” replied the subject.

“One dress?” echoed the judge. “But you admit breaking in four times!”

“Yes, Your Honor,” sighed the suspect. “But three times my wife didn’t like the color.”

“A man is not old until regrets take the place of dreams.”

A biology graduate student went to Borneo to take some samples for his thesis work. He flew there and found a guide with a canoe to take him up the river to the remote site he where he would make his collections. On the second day of travel up the river they began to hear drums.

Being a city boy by nature, the biologist was disturbed by this. He asked the guide, “What are those drums?” The guide turned to him and said, “Drums OK, but VERY BAD when they stop.” Well the biologist settled down a little at this, and things went reasonably well for about two weeks.

Then, just as they were packing up the camp to leave, the drums suddenly stopped! This hit the biologist like a ton of bricks, and he yelled at the guide, “The drums have stopped, what happens now?”

The guide crouched down, covered his head with his hands and said, “bass solo.”

“Children seldom misquote you. In fact, they usually repeat word for word what you shouldn’t have said.”

After being with his blind date all evening, the man couldn’t take another minute with her. Earlier, he had secretly arranged to have a friend call him to the phone so he would have an excuse to leave if something like this happened.

When he returned to the table, he lowered his eyes, put on a grim expression and said, “I have some bad news. My grandfather just died.”

“Thank heavens,” his date replied. “If yours hadn’t, mine would have had to!”

A guy walked into a pro-shop with a gorilla. “Is anyone interested in a little wager?” he said, flashing some large bills around. “I’ve got $500.00 here that says my gorilla can hit the ball longer and straighter than anybody here at this club. In fact, he hits it 500 yards …right down the middle…every time!”

Everyone in the pro-shop started laughing. After a moment the newest pro at the club and the longest hitter in the area spoke up, “I gotta see this!” he said. “You know, what? I’ll take you up on that wager! Meet you on the first tee.”

When they reached the 585-yard par-5 first tee the trainer led the gorilla to the tee box, put a driver in his hands, set a tee in the ground. The gorilla did the rest.

Sure enough, he smashed his drive right down the middle and clear out of sight. When the ball finally came to rest it was on the green -6 inches from the cup.

The pro was astonished. “That’s incredible!” he exclaimed. “How did you train him to hit the ball like that! There’s no need for me to tee off. I couldn’t beat him with a stick. Here’s your money.”

As the pro walked off the green, still shaking his head, he turned back to the trainer and said “Oh, by the way, how does he putt?”

The trainer responded, “Just like he drives: 500 yards. Right down the middle. Every time.”

“Friends are the family you choose”

Ray’s Daily has been sent for more than fifteen years to people who want to start their day on an upbeat. If you have system overload because of our daily clutter, let me know and I will send you the information via mental telepathy. If you have not been getting our daily you can request to be added by e-mailing me at raykiwsp@gmail.com. Back issues are posted at http://rays-daily,com/ currently there are more than 2000 readers from around the world.

Life can be tough