Believe those who are seeking the truth. Doubt those who find it. 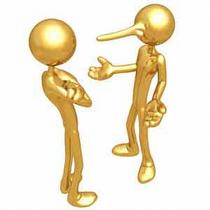 Yesterday wore me out and I am slow starting today so it is another reprint day. See you tomorrow.

I don’t know what it is but it seems like too many folks have lost their ability to restrain themselves and resort to vitriol and even hate to the point they become someone other than themselves. When people become so passionate in their arguments that they no longer care to hear alternate points of view they often ignore fact and truth and often come off as ignorant and unreasonable.

I wonder sometimes if there is too much information and that issues are so complex that they become too hard to deal with. When that happens it is easy to become vulnerable and mislead by what sounds right rather than what is right. I told someone the other day that we probably need better criteria for the selection of the people we trust to the point that we let them do our thinking for us. Sadly too many talking heads talk as if they have expertise but in truth only select information to communicate that agrees with their own point of view, which as often as not is slanted. I know that when we stridently defend questionable information we lose the respect of those around us.

So what do we do, do we give up and hide our head in the sand and just ignore the world around us or do we examine ourselves and establish some ground rules for dealing with the world. In my case I know I am often not smart enough to make definitive statements. If in fact something I don’t understand is important enough to consider I need to either decide to trust others smarter than me or investigate the subject so I am informed enough to make intelligent comment.

The key is to know ourselves, our limits and what is important. When we do we can make sure that what we do and how we spend our time is consistent with who we are and who we wish to be.

Men occasionally stumble over the truth, but most of them pick themselves up and hurry off as if nothing ever happened.

You know IT’S YOUR LAST DAY AT WORK WHEN…

You hand a bank teller an envelope, and when she asks, “What’s this?” you realize you just dropped the company’s deposit in a mailbox.

A woman comes into the store, you turn to the other salesman and say, “I waited on the last fat ugly old lady. This one’s your turn”. Your boss is standing behind you. It’s his wife.

While your boss is at lunch, you sneak in and look at some confidential information on his computer. You spill coffee on the keyboard.  It shorts out.

You return from a week’s vacation to find that you had scheduled *this* week as vacation, not last week.

You take a “sick” day. The next morning the boss asks you, “So, how was the fishing on Rock Creek yesterday?”.

You wake up hung over. You have a black eye and barked knuckles. Your underwear is missing. You’re in jail. Last night was the company Christmas party.

When everything’s coming your way, you’re in the wrong lane.

He said I am glad to be a guy because:

Everything on your face gets to stay its original color.

Chocolate is just another snack.

You can be president. (In this lifetime.)

You can quietly enjoy a car ride from the passenger’s seat.

You never have to worry about other people’s feelings.

You can wear a white shirt to a water park.

Three pairs of shoes is more than enough.

I finally got my head together and my body fell apart.

A guy tells his doctor, “I am under a lot of stress. I keep losing my temper with people and insulting them. You gotta help me, doctor!”

The doctor says, “Tell me about your problem.”

The most erroneous stories are those we think we know best and therefore, never scrutinize or question.

“Can people predict the future with cards?” said one little boy to another.

“My mother can,” said the other boy.

“Yes, she takes one look at my report card and can tell me exactly what will happen when my Dad gets home.”

“Middle age is when you’ve met so many people that every new person you meet reminds you of someone else.”

A man was standing first in line for tickets from those who had canceled their reservations to a sold-out play. The manager said he had two together, and pointed to the two women behind the man. “You wouldn’t want to come between Mother and daughter, would you?”

The man turned around, and replied, “No. I did that once, and regretted it right up until the divorce.”

She said: Life is an endless struggle full of frustrations and challenges, but eventually you find a hair stylist you like.

“If I ever see a falling star, I’m going to use my wish to wish that it had never fallen in the first place. If I’m lucky, that will throw the entire universe into a logic loop and while everyone is busy attending to that, I’ll skip work the next day.”

At one Army base, the annual trip to the rifle range had been canceled for the second year in a row, but the semi-annual physical fitness test was still on as planned. One soldier mused, “Does it bother anyone else that the Army doesn’t seem to care how well we can shoot, but they are extremely interested in how fast we can run?”

“When I was a boy of fourteen, my father was so ignorant I could hardly stand to have the old man around. But when I got to be twenty-one, I was astonished by how much he’d learned in seven years.”

Mr. Smith patted his daughter’s hand fondly, and told her, “Your young man told me today he wanted you as a bride, and I gave my consent.”

Oh, Papa,” gushed the daughter, “it’s going to be so hard leaving mother.”

“I understand perfectly, my dear,” beamed Mr.  Smith. “You can just take her with you.”

But in a few minutes, Lord, I’m going to get out of bed. And from then on, I’m probably going to need a lot more help.