Don’t listen to them

Nothing will ever be attempted if all possible objections must first be overcome. 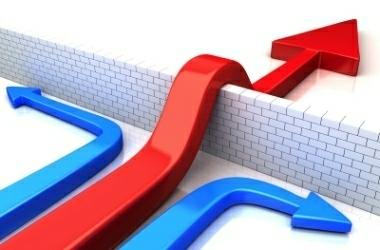 Yesterday I shared a letter that was forwarded to me by a retired professor friend that talked about the best part of aging was the freedom to do whatever took your fancy. The writer talked about his breakout behavior and his joy in doing things he had not done earlier in life. I honestly think that is one of the keys to enjoying later life, filling the space left by things you no longer can do with new things you can do. Unfortunately too many of us spend more of our time giving ourselves reasons why we can’t do things rather than opening our minds to why can do them.

One of the things that use to drive me up a wall was how often folks would tell my why we should not take action. I think the reason I hated most was “We tried that once before and it didn’t work.” I am so glad that most of the time we succeeded when we ignored those who feel that time and circumstances never change and went ahead and did what they said wouldn’t work.

Though the years I have learned great things come from those folks who don’t waste too much time being held back by their own thoughts or the advice of others. Even children sometimes seem to feel that their parent’s quest for happiness and a little adventure is a bad thing and that their folks would be happiest just wasting away lounging in their easy chairs. In truth life can go on as long as you are willing to live it. So damn the naysayers and full speed ahead go out and have fun.

Here is a piece offered by Ralph Marston some time ago that I like, I hope you will too.

What if the factors holding you back are doing so only because of the way you have chosen to see them? What if you were to choose to see them in a new light? If a door is always locked the first six or seven times you attempt to open it, you’ll probably stop making the attempt. Yet just because that door was once locked, doesn’t mean it will always be.

More significantly, that door is not the only way into the place you wish to go. There could very well be many other doors, some of them open to you, or windows, or other pathways. There is a positive, empowering way to look at whatever your situation may be. By changing your perspective, you can significantly improve your options.

Consider your most challenging obstacle. Then, step outside your current set of assumptions, and look at it again. Stop fighting the same old fight that’s supported by the same old perspective. Look again, know that it’s there, and you’ll find a new way forward.

A group of elderly Jewish men meet every Wednesday for a coffee and a chat. They drink their coffee and then sit for hours discussing the world situation. Usually, their discussion is very negative.

One day, Moishe surprises his friends by announcing, loud and clear, “You know what? I’ve now become an optimist.”

Everyone is totally shocked and all conversation dries up.

But then Sam notices something isn’t quite right and he says to Moishe, “Hold on a minute, if you’re an optimist, why are you looking so worried?”

Moishe replies, “Do you think its easy being an optimist?”

You know you’re into middle age when you realize that caution is the only thing you care to exercise.

A passenger jet was suffering through a severe thunderstorm. As the passengers were being bounced around by the turbulence a young woman turned to a minister sitting next to her and with a nervous laugh asks, “Reverend, you’re a man of God, can’t you do something about this storm?”

To which he replies, “Lady, I’m in sales, not management.”

“If it wasn’t for pick-pockets and frisking at airports I’d have no sex life at all.”

My friend, the manager of a grocery store, nabbed a shoplifter in the act.  He was escorting the suspect to the office in the front, near the cash registers, when the shoplifter broke from his grip and tried to run away. After a scuffle, my friend pinned him against the wall and looked up to see a number of surprised customers staring at him.

“Everything’s fine, Folks,” he reassured them.  “This guy just tried to go through the express line with more than nine items.”

“The main fault we, as human beings have, is the preoccupation with the faults of others.”

The mother of a problem child was advised by a psychiatrist: “You are far too upset and worried about your son. I suggest you take tranquilizers regularly.”

On her next visit the psychiatrist asked, “Have the tranquilizers calmed you down?”

“Who cares?” she replied.

Too bad the only people who know how to run the country are busy driving cabs and cutting hair.

A man pleaded with the psychiatrist, “You’ve got to help me. It’s my son.”

The psychiatrist reassured him, “Give the kid a chance. It’s all part of growing up. It’ll pass.”

“Well, I don’t like it, and neither does his wife.”

“When weeding, the best way to make sure you are removing a weed and not a valuable plant is to pull on it. If it comes out of the ground easily, it was a valuable plant.”

‘It’s just too hot to wear clothes today,’ Jack says as he stepped out of the shower, ‘honey, what do you think the neighbors would think if I mowed the lawn like this?’

‘Probably that I married you for your money,’ she replied.

Challenges are what make life interesting; overcoming them is what makes life meaningful.

How old are you really?

Forgive me I forgot your name