“An ounce of performance is worth pounds of promises.” 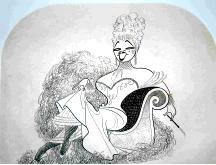 I did not get home from a Foreign Policy lecture until late last night and have to leave by 4:45 this morning to get my workout in before changing and going to a 7 AM meeting. Rather than trying to write something that would probably be undecipherable I am again dipping into the archives. What I found could have been written today.

We are in the middle of a political campaign for president here in the U.S.A. Unfortunately we are bombarded with advertisements, e-mail, and broadcast features that are filled with misleading language, quotes out of context, and even sometimes going as far as to use words that have newly made up definitions. Sometimes there is real information behind these false images, but unless you know what the words mean you can easily be mislead. So in the interest of accuracy I have listed a few definitions of words I will be dealing with today.

Quagmire – an awkward, complicated, or dangerous situation from which it is difficult to escape

Recently I have been given three opportunities for service. You know the kind I mean, it is when someone asks you to take on some new responsibility that can do some good, in this case for others. Each of the things I was asked to commit to would do some good but would require me to lead, participate in the design of new programs, or to take on responsibility for a critical part of a new community initiative.

While normally it would not be much of a problem as traditionally if I felt I could make a contribution I would. Unfortunately in this case I face a dilemma that has resulted in my being in a quandary since I am having a hard time saying yes to any of these requests. On the surface I rationalize my reluctance to agree as being caused by my wanting to make sure I can keep my commitments and do the best job possible. I am concerned that my forthcoming travel coupled with my occasional health problems might prevent me from doing a good job. The only problem is I am unsure if that is what is going on or if I just need to drop out for a few months so I can take something like a short-term sabbatical. I find I am having too much trouble gathering up my traditional energy and enthusiasm.

So you can see I have been in a quagmire. But I think that is now behind me. It is not critically important that I look for a rationalization for saying no so that I can overcome any guilt feelings. What is important is that I know that I am just not up to the tasks right now and need time off to recharge. I would be doing a disservice to all if I said yes and then let them down. The only reason I wanted to share this with you is that I suspect you too are often faced with the same kind of difficult choices. And as I agonized over what I was going to do I came to the realization that in order to do well you have to be well. Like the military you need some occasional rest and recreation so you can come back and do battle another day. So take care of yourself, we need you at your best.

It’s so hard when I have to, and so easy when I want to.

I am truly grateful to learn that Hurricane Ivan is now predicted to miss those Florida communities that already have been battered twice. Now they can rebuild so that we can get back to that unique Florida culture. As an example:

Here are some descriptors of Florida with some clarifying definitions

Old world charm … Room with no TV, radio or phone, and only 1 light.

Majestic setting … Out in the swamp, at end of dirt road.

Options galore … Nothing is included in the price.

Explore on your own …..At your own expense.

Knowledgeable trip hosts … They’ve flown in an airplane before.

All the amenities ……… Two chocolates, two shower caps and a extra roll of toilet tissue.

Silent gratitude isn’t much good to anyone.

Speaking of hurricanes, my friend Wendy lists some things she learned in recent week as she rode out two of them.

1. An oak tree on the ground looks four times bigger than it did standing up.

2. Even after all these years it is still nice to spend time with Col. Mustard in the ballroom with the lead pipe.

3. When house hunting look for closets with lots of leg room.

5. AA, C and D are the only alphabet we need (batteries)

6. The four-way stop is still an ingenious reflection of civility.

7. Radio can be the best way to watch television.

8. Chain-saw wielding men are nothing to be afraid of.

9. SUV’s are the best makeshift tents on the market.

10. You can use your washing machine as a cooler.

11. It’s your God given right to sit on your back porch and eat Chinese takeout by candlelight in your underwear.

12. We shouldn’t complain about “useless” tools in the garage– we actually DO need a generator

16. Gasoline is a value at any price

18. The life blood of any disaster recovery is COFFEE

19. The need for your dog to go out and take care of business is inversely proportional to the severity of the storm.

20. Candlelight is better than Botox— it takes years off your appearance

23. Shadow animals on the wall—still fun.

24. No matter how hard the wind blows, roadside campaign signs will survive.

25. You should never admit to having power at your house in the presence of co-workers or neighbors who do not.

26. There’s a plus to having NOTHING in the refrigerator.

27. Getting through the day should be an Olympic event.

28. The movie theater can be a most pleasant place, even if the feature is Alien vs. Predator

30. Thank God for neighbors, and help them every chance you get. They will help you, too.

Management is not responsible for duplicates from previous dailies. The editor is somewhat senile

This going to be another great day

You don’t need to tell me about me