They bring joy to a troubled world!

I brought children into this dark world because it needed the light that only a child can bring. 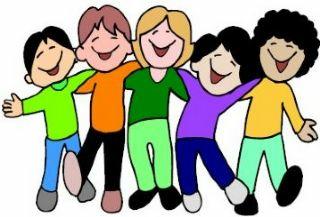 I can’t talk right now, I am off to exercise and then on to meetings. Since my day includes some mystery I don’t want to take a chance on missing the Daily so I have instructed my crack staff to select one from the archives for your enjoyment. Wait, I don’t have any staff, OK I’ll do it.

I got this from a friend who I have known ever since he was a young child. It is great to see that as life goes on we recognize the gifts our children give us as they grow to adulthood. Thanks Craig.

That doesn’t even touch college tuition. For those with kids, that figure leads to wild fantasies about all the money we could have banked if not for (insert your child’s name here). For others, that number might confirm the decision to remain childless.

ENJOY YOUR CHILDREN (and grandchildren)

There is a garden in every childhood, an enchanted place where colors are brighter, the air softer, and the morning more fragrant than ever again.

Some guys in a pickup truck drove into a lumberyard. One of them walked into the office and said, “We need some four-by-twos.”

“You mean two-by-fours, don’t you?” asked the clerk. The fellow replied, “Um, I’ll have to check with the rest of the boys.”  He went out to his truck and within a few minutes returned to the clerk stating, “Yep, I meant two-by-fours.”

“Alright,” replied the clerk. “How long do you need them?”

He stood there scratching his head while pondering this question and replied, “Well, um, a long time.  We’re gonna build a house.”

Some newly married friends were visiting us when the topic of children came up.

The bride said she wanted three children, while the young husband said two would be enough for him.

They discussed this discrepancy for a few minutes until the husband thought he’d put an end to things by saying boldly, “After our second child, I’ll just have a vasectomy.”

Without a moment’s hesitation, the bride retorted, “Well, I hope you’ll love the third one as if it’s your own.”

Sally told her friend, “I was worried that my mechanic might try to rip me off, so I was relieved when he told me all I needed was blinker fluid.”

A faith healer asked Moshe how his family was getting along. “They ‘re all fine,” Moshe said, “except my uncle. He’s very sick.”

“Your uncle is not sick,” the faith healer said. “He THINKS he’s sick.”

Two weeks later, the faith healer ran into Moshe on the street. “How is your uncle getting along?” he asked.

A very wise mute once said:

In Japan, the fat intake in the average Japanese diet is very low and the heart disease ratio is lower than in North America and the UK.

However, in France, the average fat intake is very high, and yet, the heart disease ratio is lower than in North America and the UK.

In India almost no one drinks red wine and the heart disease ratio is lower than in North America and the UK.

In Spain, everybody drinks too much red wine and the heart disease ratio is lower than in North America and the UK.

In Algeria, the average sexual activity ratio is very low and the heart disease ratio is lower than in North America and the UK.

In Brazil, everybody has sex like crazy and the heart disease ratio is lower than in North America and the UK.

Conclusion: Drink, eat and all the sex you want. It’s speaking English that kills you.

Self-pity is our worst enemy and if we yield to it, we can never do anything wise in this world.

I have a great collection, thank you!

Happy days are here again if you want them!