Do them a favor, say no.

The shortest way to do many things is to do only one thing at a time. 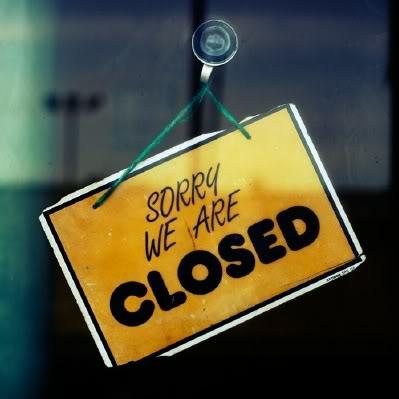 If you are like I am you find it really hard to say no when someone asks you to do something. Regrettably saying yes when you should say no can create major problems. Too often when we think we are already loaded down we agree to take on an additional burden only to find we just can’t do it all and so we end up either letting something else slip or we fail to do as well as we could. It gets even worse we get so stressed out that we become even less capable. It is so much better to only say yes when you can make the time to do it well and exceeding the expectations of others.

I know far too many people who always say yes and regularly miss deadlines or produce shoddy work. It does not take long for these folks to get a reputation of unreliability. Unfortunately I am speaking from experience as I have been guilty in the past of thinking I could do more than I could. It is so much better to do fewer things and do them well while keeping your word than it is to load yourself up with so much that you never get a break causing you to flounder. Trust me the best you can do for the people who ask is to say no when you can’t deliver.

Here are a few ways you can say no when it is the right thing to do:

“I’M REALLY NOT THE MOST QUALIFIED PERSON FOR THE JOB” If you don’t feel that you have adequate skills to take on a task, that’s okay. It’s better to admit your limitations up front than feel overwhelmed down the road.

“I JUST DON’T HAVE ANY ROOM IN MY CALENDAR RIGHT NOW” Be honest if your schedule is filled — and “filled” doesn’t have to mean really FILLED! It just means you have scheduled as much as you are willing and you’re stopping.

“I WOULD RATHER DECLINE THAN END UP DOING A MEDIOCRE JOB” Knowing that you aren’t able to deliver a quality product — for whatever reason — is reason enough for turning a request down.

“I’M REALLY FOCUSING MORE ON MY PERSONAL AND FAMILY LIFE RIGHT NOW” People act ashamed of wanting to spend time with their families — like it means they don’t have goals. Having a strong family is a goal in and of itself!

“I REALLY DON’T ENJOY THAT KIND OF WORK” Who said you were supposed to enjoy your chores and assignments?! Well, if you don’t enjoy them, why do them? Life isn’t about drudgery and boredom.

“I CAN’T, BUT I’M HAPPY TO HELP OUT WITH ANOTHER TASK” If someone asks you to do something you really despise, refuse — but then offer to help with something you find more enjoyable or stimulating.

“I HATE TO SPLIT MY ATTENTION AMONG TOO MANY PROJECTS” Let people know that you want to do a good job for them — but that you can’t when your focus is too divided or splintered.

“NO” Sometimes it’s okay just to say no! Just make sure that you say it in a way that expresses respect and courtesy — that leaves the door open for good relations.

It is one thing to say that something should be done, but quite a different matter to do it.

In a Thurmont, Maryland, cemetery:

And no place to go.

On my recent birthday my wife gave me a superb birthday present. She let me win an argument.

Four retired Army vets are walking down the street window shopping. Then they turn a corner and see a sign that says “Veterans Bar” over the doorway of an entry into an establishment that doesn’t look all that well kept up. They look at each other then go in. On the inside, they realize in this case, they could judge the ‘book by it’s cover’.

The old bartender says in a voice that carries across the room, “Come on in and let me pour one for you! What’ll it be, gentlemen?” There seems to be a fully stocked bar so the men all ask for a martini. In short time the bartender serves up 4 iced martinis – shaken not stirred and says, “That’ll be 40 cents, please.” The four men stare at the bartender for a moment then look at each other – they can’t believe their good luck. They pay the 40 cents, finish their martinis and or! der another round. Again, four excellent martinis are produced with ! the bartender again saying, “That’s 40 more cents, please.”

They pay the 40 cents but their curiosity is more than they can stand. They’ve each had two martinis and so far they’ve spent less than a dollar. Finally one of the men says, “How can you afford to serve martinis as good as these for a dime a piece?”

The bartender replies, “No doubt you’ve noticed the decor in here. And the outside ain’t nothin’ to write home about. I don’t waste money on that stuff. But, here’s my story. I’m a retired Master Sargent and I always wanted to own a bar. Last year I hit the lottery for $45 million and decided to open this place for real veterans. Every drink costs a dime, wine, liquor, beer, all the same.”

“Wow. That’s quite a story.” says one of the men. The four of them sipped at their martinis and couldn’t help but notice three other guys at the end of the! bar who didn’t have a drink in front of them and hadn’t ordered anything the whole time they were there. One man finished his martini and, gestured at the three at the end of the bar without drinks and asks the bartender, “What’s with them?”

The bartender says, “Oh, those are retired Hoosiers. They’re waiting for happy hour

Jewish Marriage advice “Don’t marry a beautiful person. They may leave you. Of course, an ugly person may leave you too. But who cares?”

At a diner, I was standing in line to pay my bill behind two women who handed the young waitress a credit card.  After swiping the card, she loudly called out to her manager, “Mr. Allen, what do I do if it says ‘reject’?”

As the women’s faces reddened and customers turned to look, Mr. Allen, also the cook, calmly walked out from the kitchen.  “Well,” he answered, the first thing you do is shout it out loud enough to embarrass the customer, who might have been thinking about leaving you a tip.”

A lot of people mistake a short memory for a clear conscience.

The sad thing is that I can relate to some of the following:

Three old guys were out walking.

Second one says, “No its Thursday”!!

A man is telling a friend about his recent divorce. “Yeah, she divorced me for her religious reasons. She worshipped money and I didn’t have any.”

I read this article that said the typical symptoms of stress are eating too much, impulse buying, and driving too fast. Are they kidding? That’s my idea of a perfect day.

“The happiness of too many days is often destroyed by trying to accomplish too much in one day. We would do well to follow a common rule for our daily lives – DO LESS, AND DO IT BETTER.”

I love your smile!