Don’t aim for success if you want it; just do what you love and believe in, and it will come naturally. 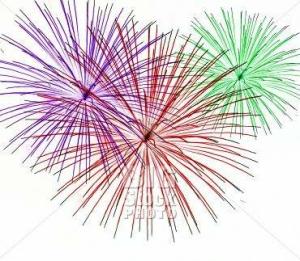 As you probably know there is a term in newspaper publishing called “above the fold.” It is that part of the paper that is on top while the paper is still folded. You find the headlines there as well as the most important stories and pictures.

Below the fold are items of lesser import as far as news is concerned but often of greater interest or help as we live our daily lives. The reason that I wanted to remind you of the term is something I thought about yesterday when I sent you a reprint of a Daily that I sent out ten years ago. It struck me as I read it that there was little of “above the fold” type information and almost all light, and I hope entertaining humor and quotes “below the fold.” It is quite a contrast from the Dailies I am publishing these days. Most now have the majority of the space devoted to thoughts of the day and items from others that I think are worthy of our consideration. In fact often there is only limited space for “below the fold humor.”

As I wondered why the change I realized that I have changed. Over the last ten years I have become more aware of the human condition and have taken a much stronger interest in the people I meet and how I might be of service to them and others. I no longer take life for granted nor do I think that my beliefs and attitudes are so right that they should be imposed on others. I might not be all that great at being a better person than I was but I sure like myself more.

Here is something Ralph Waldo Emerson wrote long ago that has real meaning to me, I hope it will for you as well.

To laugh often and much;

To win the respect of intelligent people and the affection of children;

To earn the appreciation of honest critics and endure the betrayal of false friends;

To find the best in others,

To leave the world a bit better, whether by a healthy child,

A garden patch or a redeemed social condition;

To know even one life has breathed easier because you have lived.

This is to have succeeded.

“Most successful men have not achieved their distinction by having some new talent or opportunity presented to them.

They have developed the opportunity that was at hand.”

Once upon a time in Colorado, the chief of an Indian tribe, the Navajo’s, had a very beautiful daughter. She was of marrying age and many braves were wanting the daughter’s hand in marriage. Being a wise chief, he decided that he wanted his daughter to marry the bravest and strongest and wisest brave of the bunch. So he held a contest. All the eligible bachelors were to go hunting. The brave that brought back the biggest and best ‘catch’ would be given the chief’s daughter in marriage.

A lot of braves turned out for this event. On Monday morning they all set out, bows and arrows in hand. Tuesday afternoon comes and all the braves had returned with their killings–except for three: Running Bear, Sitting Bull, and Falling Rock.

On Wednesday morning, Running Bear finally returns; bringing in a really big black bear, weighing 480 ponds and is 7 feet in length. Obviously, the chief was quite impressed. This was the best killing of all….so far. But, of course, they had to wait for the remaining two before he could award his daughter to Running Bear.

On Wednesday night, under a full moon, Sitting Bull returns to the camp and brings back a really big cougar: it’s even bigger than the black bear Running Bear came home with! The cougar weighed 620 pounds and was 7-1/2 feet long. Clearly, Sitting Bull was about to win the chief’s daughter in marriage.

Excitement rose within the camp. Everyone was pretty sure that Falling Rock would not be able to top Sitting Bull’s catch.

Thursday comes and goes. Friday came and went…..Saturday came and went……The weeks turn into months, and soon, the months into years, and still….Falling Rock did not return. It was soon getting obvious, the aging chief could not wait forever for Falling Rock to return. So he granted his daughter to Sitting Bull. There was much celebrating, after which the pair lived happily ever after.

The tribe no longer waited for the wayward brave, but they did keep their eyes open whenever they rode the trails—just in case.

And today? Well, you will still see in Colorado those signs that say…”Watch for Falling Rock”.

I don’t mind that my grandson is earning more than I did on my first job.

What disturbs me is he’s just seven, and it’s his allowance!

Unable to attend the funeral after his Uncle, Charlie died. A man who lived far away called his brother and told him, “Do something nice for Uncle Charlie and send me the bill.”

“Well,” said the other brother, “You said to do something nice for Uncle Charlie… so I rented him a tuxedo!”

Inanimate objects can be classified scientifically into three major categories:

Steinberg needs a job, and has no qualms about inventing the necessary qualifications to get it.  He reasons that once he finds work, he will impress the boss so much that everything will be forgiven.

After a successful initial interview with the Encyclopedia of American History, he is called back to meet the Sales Manager.

“You say you have experience selling books?” the manager asks.

“And you say you have a master’s in American history from the University of Michigan?” the manager asks.

“That is correct,” replies Steinberg.  “American history is my field of study.”

“Well, then,” says the sales manager. “With these qualifications, as soon as I can complete this form, we can get you started in our firm.”

While the sales manager is making a few notations, Steinberg, obviously pleased with himself, begins to look around the room.  Steinberg notices pictures of Washington and Lincoln on the wall.  Pointing to the portraits, Steinberg turns to the sales manager and says, “Fine-looking men.  Your partners?”

“Success is simple. Do what’s right, the right way, at the right time.”

This daily is sent only to special people who want to start their day on an upbeat. If you have system overload because of our daily clutter, let me know and I will send you the information via mental telepathy. If you have not been getting our daily you can request to be added by e-mailing me at raykiwsp@yahoo.com. Back issues are posted at http://raykiwsp.multiply.com/journal and https://raykiwsp.wordpress.com/ currently there are about 2000 readers from around the world.

What time is it? Where am I?