Let them know they are appreciated!

“Appreciation is a wonderful thing: It makes what is excellent in others belong to us as well” 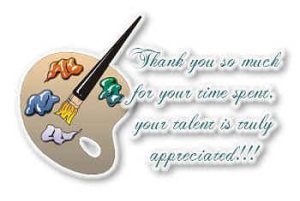 I had breakfast yesterday with a former colleague and dear friend. We had worked together for many years before I retired from our company twenty years ago. I always viewed her as a partner and not as an assistant. She enriched my working life and was responsible for many of my past successes.

In the years since she has prospered and currently has a key executive position with a major international company. Recently she was given responsibility for integrating two major internal groups and to lead them into the future. As we talked she reminded me how we had always worked to let the people in our own organization and those in the organizations we worked with just how important they were to us. We went out of our way to let them know how what they did contributed to our success.

Sadly we far too often take workers for granted. We seldom let them know that if were not for what they do we would not survive. I don’t mean the managers and supervisors although we made sure we let them know we appreciated what they did, I mean the front line worker. If you have watched the Undercover Boss on TV lately you have seen what I mean. My friend went on to tell me how important what we had done in the past turned out to be for her today.

In the restructuring that she has done there were many folks who were threatened by the changes and the unknown. Some even lived in fear of job. Fortunately my friend did not take long before my friend began walking around and seeing what everyone was doing and how they fit in. She then sat with each team member and told them how important they were to the group and how much she appreciated their work. She sincerely shared with them how glad she was that they were part of the team. These good people had never been told how important they were and how much they were respected. My friend reported than some even cried because they learned that someone noticed and someone cared.

I have found over the years that it is those we often take for granted who are the most important in our lives and we need to show them our gratitude. But we can’t do that unless we understand how much we appreciate them. When I got home I got this e-mail from Ralph Marston that expresses the value of appreciation and gratitude.

Do you want to really feel good? Then feel thankful.

Do you wish to make a great impression? Then be appreciative.

Would you like to empower your actions? Then live and think and act with an ever-present sense of gratitude.

There is great wealth that already exists in your life. From that wealth you can draw the energy, the inspiration and the resources necessary to do anything.

Yet to benefit from that great wealth, you must sincerely appreciate it. When you truly realize how much you have, you also know, without a doubt, that you can achieve whatever you choose.

Every moment great and small is an opportunity to be thankful. And in thankfulness, there are riches without end.

“The deepest principle in human nature is the craving to be appreciated.”

The Sunday school class was studying the Ten Commandments. They were ready to discuss the last one. The teacher asked if anyone could tell her what it was. Susie raised her hand, stood tall, and quoted, "Thou shall not take the covers off the neighbor’s wife."

Kindness is the language the blind can see and the deaf can hear.

Tom and Darryl were out hunting deer. Tom asked, "Did you see that?"

A couple of minutes later, Tom said, "Did you see that?"

"Are you blind? There was a big, black bear walking on that hill, over there."

A few minutes later Tom again said, "Did you see that?"

By now, Darryl is getting aggravated, so he says, "Yes, I did!"

And Tom says: "Then why did you step in it?"

The five most essential words for a healthy, vital relationship are "I apologize" and "You are right."

On my four-year-old daughter’s first trip to Disneyland, she couldn’t wait to get on Mr. Toad’s Wild Ride.  As the car zoomed through the crazy rooms, into the path of a speeding train, and through walls that fell away at the last second, she clutched the little steering wheel in front of her.

When the ride was over, she said to me a little shakily, "Next time, you drive.  I didn’t know where I was going."

Visiting St Patrick’s Cathedral on a tour of New York City, my daughter and her children were awed by the sight. The kids were especially curious about the votive candles, so my daughter asked if they’d each like to light one. She explained that is it customary to say a prayer of petition or thanks, and she was careful to tell them that these are not like birthday candles.

"Do you have any questions?" she asked.

"I had a friend who was a clown. When he died, all his friends went to the funeral in one car." Steven Wright

Mrs. Smith pulled Mrs. Jones out of earshot of the porch, where Mrs. Jones’ lovely young daughter, Linda, sat. "It is really none of my business," whispered Mrs. Smith, "but have you noticed what your daughter is doing?"

"Why, no. Is she up to anything special?"

Mrs. Jones’ troubled brow cleared. "Well, thank goodness," she said smiling, "at last she has taken an interest in something besides running around with boys."

Luck is a lazy person’s estimate of a worker’s success.

My wife called me from her car after she had arrived at an appointment. I could tell from her voice that she was getting frustrated. Finally, she said, "I know I had my cell phone with me and now, I can’t find it!"

I replied, "Aren’t you talking on it?"

There was a solid period of stunned silence as the reality of the situation sank in, followed by, "You are not going to tell anybody about this!"

The nobler sort of man emphasizes the good qualities in others and does not accentuate the bad.

The inferior does the reverse.

This daily is sent only to special people who want to start their day on an upbeat. If you have system overload because of our daily clutter, let me know and I will send you the information via mental telepathy. If you have not been getting our daily you can join at http://groups.google.com/group/Rays-Daily. Back issues are posted at http://raykiwsp.multiply.com/journal currently there are about 2000 readers from around the world.

They are our future, we must not let them down.

Did you think you won too?