No thanks, not me!

Don’t undermine your worth by comparing yourself with others.

It is because we are different that each of us is special. 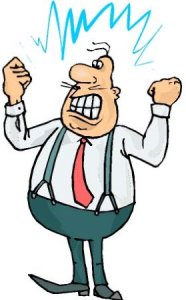 Another big day for Ray again today. At least it keeps my mind off the sound of the economy sucking up our nest egg. But it also means not enough time to do justice to the daily. I do have some things I want to share but they’ll have to wait until another day. So here is what the world looked like to me on this date in 2004.

Some one told me that no one can ruin your day without your permission; I really believe this is true. As an example how often have you heard some one say, “He made me mad”? If true then they have given away their freedom of choice. No one can make you mad; they only do when you let them.

If we look around ourselves we see all kinds of examples of giving the decisions over our lives to others. Today many of us avoid controversial issues since taking a position would not be fashionable in the eyes of others. Recently I have had friends tell me that they will no longer travel due to fear created by others. The list could go on and on; the bottom line is that each of us has the freedom of choice if only we have the fortitude to exercise it.

Man’s power of choice enables him to think like an angel or a devil, a king or a slave. Whatever he chooses, mind will create and manifest.

Poor Johnson had spent his life making wrong decisions. If he bet on a horse, it would lose; if he chose one elevator rather than another, it was the one he chose that stalled between floors; the line he picked before the bank teller’s cage never moved; the lane he chose in traffic crawled; the day he picked the picnic was the day of a cloudburst; and so it went, day after day, year after year.

Then, once, it became necessary for Johnson to travel to some city a thousand miles away and do it quickly. A plane was the only possible conveyance that would get him there in time, and it turned out that only one company supplied only one flight that would do. His heart bounded. There was no choice to make! And if he made no choice, surely he could come to no grief.

He took the plane. Imagine his horror when, midway in the flight, the plane’s engines caught fire and it became obvious the plane would crash in moments. Johnson broke into fervent prayer to his favorite saint , Saint Francis. He pleaded, "I have never in my life made the right choice. Why this should be, I don’t know, but I have borne my cross and have not complained. On this occasion, however, I did not make a choice; this was the only plane I could take and I had to take it. Why, then, am I being punished?"

He had no sooner finished when a giant hand swooped down out of the clouds and somehow snatched him from the plane. There he was, miraculously suspended two miles above the earth’s surface, while the plane spiraled downward far below.

A heavenly voice came down from the clouds. "My son, I can save you, if you have in truth called upon me."

Character–the willingness to accept responsibility for one’s own life–is the source from which self-respect springs.

A soldier was asked to report to headquarters for assignment. The sergeant said: "We have a critical shortage of typists. I’ll give you a little test. Type this," he ordered, giving him a pamphlet to copy and a sheet of paper, and pointing to a desk across the room that held a typewriter and an adding machine. The soldier, quite reluctant to become a clerk typist, made a point of typing very slowly, and saw to it that his work contained as many errors as possible.

The sergeant gave the typed copy only a brief glance. "That’s fine," he said. "Report for work at 8 tomorrow."

"But aren’t you going to check the test?" the prospective clerk asked. The sergeant grinned.

"You passed the test," he replied, "when you sat down at the typewriter instead of at the adding machine."

Husband:  You know, wife, our son got his brain from me.

Wife:  I think he did, I’ve still got mine with me!

The FDA is planning to issue a Guideline for Gourmets that advises you to:

Seated next to a self inflated egotist at a United Nations dinner was an Oriental fellow dressed in the robes of one of the Far Eastern countries. The jerk, attempting to make conversation, leaned over and said: "You like soupee?"

The Oriental fellow nodded his head.

The Oriental nodded again. As it turned out, the guest speaker at the dinner was our Oriental friend who got up and delivered a beautiful 50 minute address on the United Nations’ definition of "encouragement to self-reliance" by underdeveloped countries of the world. The speech was flawless in Oxford English.

He returned to his place at the head of the table, sat down and turned to his dinner partner and said, "You like speechee?"

Why do drugstores make the sick walk all the way to the back of the store to get their prescriptions while healthy people can buy cigarettes at the front?

Three blondes [natural] died and found themselves standing before St.Peter. He told them that before they could enter the Kingdom, they had to tell him what Easter was.

The first blond said," Easter is a holiday where they have a big feast and we give thanks and eat turkey." St.Peter said "Noooooo," and he banished her to hell.

The second blonde said," Easter is when we celebrate Jesus birth and exchange gifts." St. Peter said "Nooooo" and banished her to hell.

The third blonde said she knew what Easter is, and St.Peter said "so tell me."

She said, "Easter is a Christian holiday that coincides with the Jewish festival of Passover. Jesus was having Passover feast with his disciples when he was betrayed by Judas, and the Romans arrested him. The Romans hung him on a cross and eventually he died. Then they buried Him in a tomb behind a very large boulder.

Then the blonde continued, "Now, every year the Jews roll away the boulder and Jesus comes out. If he sees his shadow, we have six more weeks of basketball."

Why do "overlook" and "oversee" mean opposite things?

It is better to wear out than to rust out.

This daily is sent only to special people who want to start their day on an upbeat. If you have system overload because of our daily clutter, let me know and I will send you the information via mental telepathy. If you have not been getting our daily you can join at http://groups.google.com/group/Rays-Daily. Back issues are posted at http://starkreality.ning.com/profile/Ray currently there are about 1500 readers from all over the world.

I would not have known if you hadn’t helped me

Let’s all be connectors