No one has ever become poor by giving. 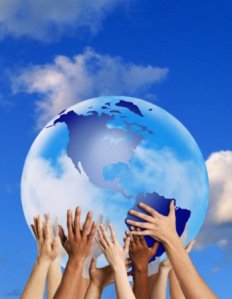 Here we are, Monday again. For me it is a day of rest after three days of working at our local Salvation Army’s annual Radiothon. It is always a great experience since I get to talk on the phone to so many good people who are calling in to make a donation so that someone else may have a better Christmas. I will admit though that getting up at 4:30 AM three days in a row in did not fulfill any of my fantasies. I also love helping each year because of the people I get to work with. There are the Salvation Army staff who I really like, many who have given me the gift of their friendship as well as the high spirited volunteers who give so much of their time helping others. For me there is no better way to get into the spirit of Christmas than to spend time with folks who do so much for so many people they will never meet or know.

I was concerned this year that at a time when the need was greater than ever and people have less that we would fail to reach our goal for the three day effort. Fortunately my worries were unfounded for the people of Central Indiana gave and gave until we shot way past the goal. While there is still much more needed, the almost a quarter of a million dollars that we raised is going to make a big difference.

When you get right down to it, it is not the money, it is what the money does. Just a few dollars can bring some joy to someone even in the worst of times. I am proud that so may cared so much that they dug deeper than ever in order to help set a new Radiothon record. Now I must concentrate on my online Salvation Army effort. I am way behind were I was last year in contributions from my friends, family and Daily readers. Even a few dollars will help and when you contribute you can designate that your contribution is to be used in your own community. I still have a way to go to reach my goal so won’t you stop by my Holiday Web Page today and join with other Daily readers as we help brighten the lives of others.

To your enemy, forgiveness.

To an opponent, tolerance.

To a friend, your heart.

To a customer, service.

To every child, a good example.

Just after the maid had been fired. She took five bucks from her purse, she threw it to Fido, the family dog. When asked why by her former employer, she answered, "I never forget a friend. This is for helping me clean the dishes every night!"

To give without any reward, or any notice, has a special quality of its own.

At a lavish country-club party a young man was introduced to an attractive girl.  Immediately he began paying her court and flattering her outrageously.  The girl liked the young man, but she was taken a bit aback by his fast and ardent pitch.  She was amazed when after 30 minutes he seriously proposed marriage.

"Look," she said.  "We only met a half hour ago.  How can you be so sure? We know nothing about each other."

"Ah, but that’s where you’re wrong!" the young man declared.

"For the past 5 years I’ve been working in the bank where your father has his account."

Sarcasm is just one more service we offer.

Looking in the mall for a cotton nightgown, I tried my luck in a store known for its sexy lingerie.

To my delight, however, I found just what I was looking for. Waiting in the line to pay, I noticed a young woman behind me holding the same nightgown.

This confirmed what I suspected all along: despite being over 50, I still have a very "with it" attitude. "I see we have the same taste," I said proudly to the 20-something behind me.

"Yes," she replied. "I’m getting this for my grandmother."

A conclusion is simply the place where you got tired of thinking.

Maureen told her young son to go to bed and be sure to say his prayers and ask God to make him a good boy.

The boy’s father, passing by the bedroom, overheard his son praying: "And make me a good boy if You can; and if You can’t, don’t worry about it, ’cause I’m having fun the way I am."

In the frozen foods department of our local grocery store, I noticed a man shopping with his young son. As I walked by, he checked something off his list, and I heard him whisper conspiratorially to the child, "You know, Bobby, if we really mess this up, we’ll never have to do it again."

"She’s the kind of girl who climbed the ladder of success wrong by wrong."

Our Supply Clerk at the factory where I work, discovered a box that was left on the loading dock with this warning printed on it: DANGER DO NOT TOUCH!

Management was called and all employees were told to stay clear of the box until it could be analyzed.

When the foreman arrived, he donned gloves and safety glasses, and then, very carefully opened the box. Inside were 25 signs that read: DANGER! DO NOT TOUCH!

Friends may come and go, but enemies accumulate.

"So, you don’t know how fast you were going. I guess that means I can write anything I want on the ticket, huh?"

"Warning! You want a warning? O.K., I’m warning you not to do that again or I’ll give you yet another ticket."

"The answer to this last question will determine whether you are drunk or not. Was Mickey Mouse a cat or dog?"

"Yeah, we have a quota. Two more tickets and my wife gets a toaster oven."

"No sir, we don’t have quotas anymore. We used to have quotas, but now we’re allowed to write as many tickets as we want."

"Just how big were those ‘two beers’?"

Not one shred of evidence supports the notion that life is serious.

A man joined a big Multi National Company as a trainee. On his first day, he dialed the pantry and shouted into the phone, "Get me a coffee, quickly!"

The voice from the other side responded, "You fool you’ve dialed the wrong extension! Do you know who you’re talking to, dumbo?"

"No," replied the trainee.

"It’s the Managing Director of the company, you fool!"

The trainee shouted back, "And do you know who YOU are talking to, you fool?"

"No." replied the Managing Director indignantly.

"Good!" replied the trainee and put down the phone.

This daily is sent only to special people who want to start their day on an upbeat. If you have system overload because of our daily clutter, let me know and I will send you the information via mental telepathy. If you have not been getting our daily you can join at http://groups.google.com/group/Rays-Daily. Back issues are posted at http://starkreality.ning.com/profile/Ray currently there are about 1500 readers from all over the world.

Ain’t it the truth